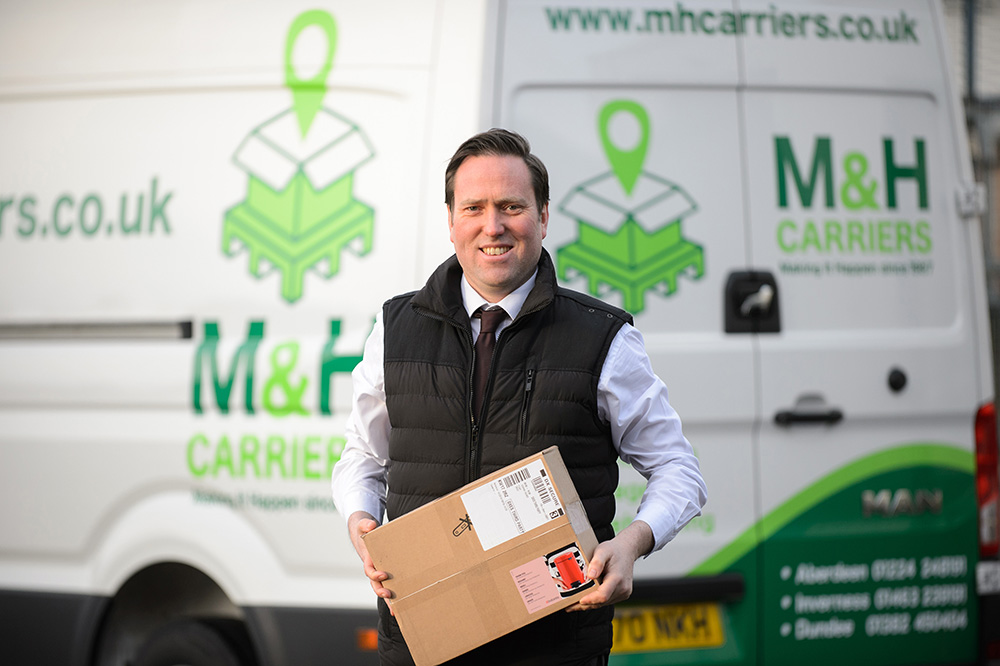 100+ Jobs and 8 New Depots: M&H Carriers celebrates year of growth as it looks to the future

One of Scotland’s leading distribution and haulage firms is celebrating a year of massive growth that saw it open eight new depots and create over 100 jobs across the country.

M&H Carriers’ expansion of its Highlands and Islands operation and move into Argyll provided the biggest opportunities in a year which also saw its depots in Dundee and Aberdeen thrive.

Coming into 2021, there was a lot of uncertainty. However, we’ve experienced a year of incredible growth – thanks to the dedication of our team, and our customers who have stuck by us.

In 2021 we doubled our staff – in turn, almost doubling our turnover. As well as recruiting new drivers and warehouse operatives, we’ve expanded our management team with a new general manager in our Inverness depot, a customer services manager, and a continuous improvement manager to ensure we’re always focusing on the future of the business.

Throughout the pandemic, the haulage and distribution industry as a whole proved how vital it is to the running of the country. During lockdown, when online ordering increased to unprecedented levels, it became a vital frontline resource for the country. I’d like to personally thank all our drivers who worked tirelessly to ensure our customers’ deliveries reached their destinations during such an unpredictable time.

Elsewhere in Scotland, the firm’s pallet deliveries – coordinated in Dundee – have increased significantly. Levels of two-man deliveries of large and bulky items in Aberdeen have also increased – including for national brands like B&Q, who hailed the Aberdeen depot the best in the country in late 2021. Depot staff chose to donate their prize to local children’s hospital charity, the Archie Foundation.

This growth has been supported by the signing of a number of long-term partnerships with major national carriers – allowing the firm to increase its fleet by over 50 vehicles, including 10 electric vans used for last-mile deliveries in Inverness.

The introduction of e-vans to the fleet is part of M&H Carriers’ commitment to the future.

In November, I was invited to join a panel discussion at COP26 focusing on the steps SMEs can take to decrease their carbon footprint.

It was a huge honour to be involved in an event of this scale, and it made me realise that our goals in business have to be bigger than focusing on tomorrow’s deliveries. We need to be looking at the way we generate and consume power; the efficiency of our buildings and vehicles; and the sustainability of our business as a whole.

When we committed to becoming the first delivery firm in the Highlands to introduce electric vehicles to its fleet, many thought it was just a pipe dream. But operationally, it’s been a huge success and it’s been a real hit with our customers. We’re already looking at how we can introduce more EVs to our fleet across the country, and as their range improves we can see them becoming a much bigger part of our operations.

The key difference between SMEs and big businesses is the ability to take action. Larger corporations often make grand claims but in actuality do the bare minimum. Smaller firms, though, can get a lot more done.

We’re committed to maintaining that SME mindset as we grow, focusing on new ways to improve our delivery service and make our business sustainable for the future.

PrevPreviousI Made It Happen in September 2021